New World record on the 5km Herculis of the Monaco Run 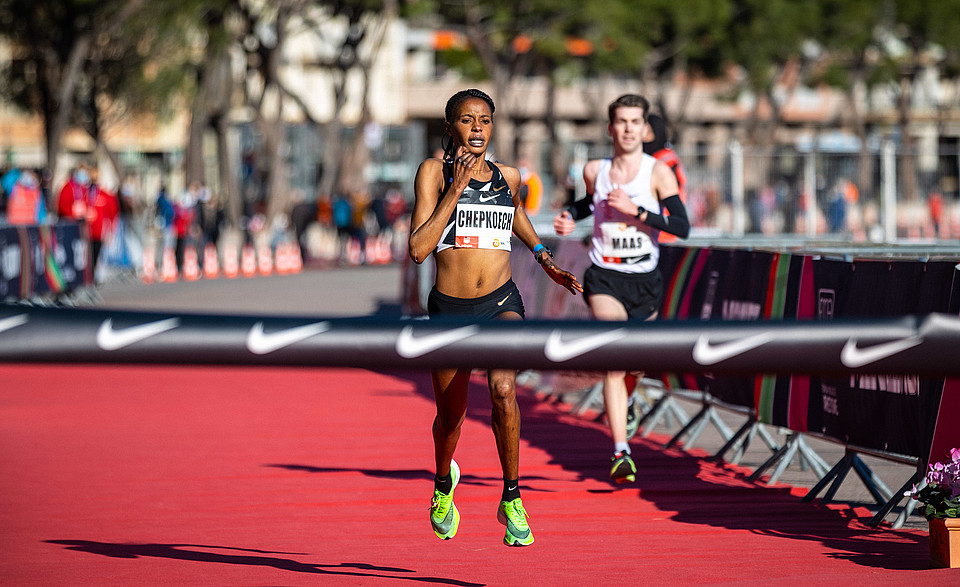 For the third year in a row, the 5km Herculis concluded the Monaco Run with an elite race.

In collaboration with the Government of the Principality, the Fédération Monégasque d’Athlétisme was keen to maintain a race for professional athletes despite a difficult health context which unfortunately forced the cancellation of the race for all.

On the starting line this Sunday, February 14, there were several world and continental medalists, including the Kenyan Béatrice CHEPKOECH and the Ugandan Joshua CHEPTEGEI, both enjoying great success in Monaco in recent years.

At the end of the race, Beatrice CHEPKOECH, who had broken the world record in the 3000m SC at the Stade Louis II during the Meeting Herculis EBS 2018, set a new world record in 14:43 in a mixed race. As the saying goes, Monaco is truly a land of records.

For his part, Joshua CHEPTEGEI, star of the NN Running Team, declared his 2021 season open by winning the race with a performance of 13:13 after leading it from start to finish.

In the wake of CHEPTEGEI, four men set national records. Fifth and sixth respectively in the race, the Dutchman Richard DOUMA and the German Samuel FITWI set the record for the Netherlands in 13:27 and Germany in 13:32. In ninth and tenth places, Andreas VOJTA (13:48) and Thijs NIJHUIS (13:48) repeated the same feat for Austria and Denmark.

In the women’s category, Aude CLAVIER took the France U23 record in 16:15 and Agnès MCTIGHE set the Swiss record, completing the race in 16:28.

See you on Sunday February 13, 2022 for a new edition of the 5km Herculis where we will meet our amateur runners for the Monaco Run celebration.