A conversation with : Sifan Hassan 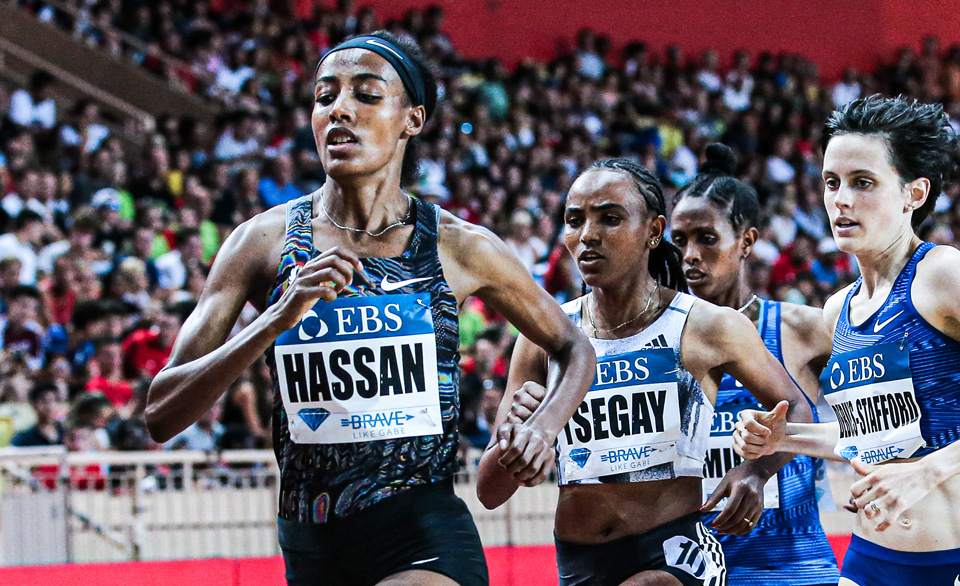 As we’re approaching the 2020 edition of the Herculis EBS Meeting in Monaco, we’ve talked to different athletes to ask them how they lived their quarantine, their training during this period and what they look forward to now. As she’s slowly but surely getting back to shape, we’ve spoken to the 2x World Champion Sifan Hassan and talked about these past few months, 16 days before the meeting.

Matthieu: Where are you speaking from?

Sifan: From the Netherlands, National Sport Centre of Papendal, near Arnhem.

M: Where did you spend your quarantine?

S: I was in Ethiopia for the past five months.

M: What was your training like? How did it change because of the situation?

S: I saw all the competitions get canceled, the Olympics, the World Athletics Half-Marathon Championships, and it was hard to stay motivated. I was staying in a good shape for the Half-Marathon but when it got canceled, I lost my motivation. I took a break for 2 weeks. People with coronavirus also came to Ethiopia, so the track was shut down. The government told everybody to stay home during April and May. Because of that, I couldn’t do much. I stayed inside and exercised inside as well.

M: Did you train on your own then?

S: Yes, I didn’t have a group I train with. I sometimes trained alongside Yomif Kejelcha in Ethiopia, but not as much as we don’t live close by.

M: Did you believe, at one point, that this year could have no competition at all?

S: No. The first couple of weeks, I wouldn’t believe that. I first thought everything would be normal, as usual. One month in, and then two months in this situation, I was more scared, I had hope when the situation got better in Europe. So, mixed feelings really.

M: What did you do outside of track?

M: What were your main goals this year before the coronavirus changed the season?

S: My goal was to run the World Athletics Half-Marathon Championships, and after that, focus on the track and run my PB on the 5000m, run my PB on the 1500m. On the 1500m, I feel like I can be close to the World record, so I want to train, to improve. As for the 5000m, I want to run faster than 14:20. And concerning the Olympics, my plan was to run both during the competition.

M: What are these goals now? After everything that has happened.

S: I’m focused on Monaco, but I haven’t really prepared for it. When everything was shut down, and the track closed for two months, I didn’t practice much. Then in June, when things started to get a little better, there were political problems in Ethiopia and it was really dangerous to go outside. I was really looking forward to run faster in Monaco, especially because that’s where I broke the Mile World Record, but staying inside all this time, I don’t know where I’m at. I’m just going to go out there and see how I feel.

M:  Did the virus almost made you forget track? And focus on other priorities like your health?

S: I was actually very scared of the virus. Fortunately, I didn’t have any family member affected by it. As an athlete, I don’t want to get sick. So, I was extremely careful during these past three months. I would carefully think about where I’d go, always cover my mouth, clean my hands. Even though my life is focused on how fast I run, some situations are more important and I was just happy to be healthy.

M: On a lighter note, you have a great history with Monaco. What is your best memory here?

S: Well the Monaco Run, I came in the winter, I was trying to break the World record but the pacing didn't last long enough so I ended up alone too early. I thought that I wouldn’t get it, and when I did, I was so happy. But the most special memory was really the Mile. It was amazing. I had a similar reaction, because the pace was also slow, I thought that I wouldn’t get the World record. I made a nice finish, and suddenly when I crossed the line, they told me I had the World record. I just couldn’t believe it. That gave me so much motivation for Doha. Monaco really is one of my favorite places.

M: How do you like the conditions in Monaco?

S: I particularly love the weather, and the track. You know, there are a lot of athletes who love Monaco, but for me it really is special.

M: Did you get to visit around when you were here?

S: I visited the city a bit last year, it was really cool. I was amazed by how big the boats were.

M: As of your whole career, what is your strongest memory?

S: I’d still place the Monaco Mile Record very high. The mile is one of the most famous events in track, especially back in the days. That day, I was the first surprised, I thought I wasn’t gonna get it [the World record], it was not in my plan. Otherwise the World championships in Doha last year were absolutely amazing too.

M: When you’re not thinking about track, what do you enjoy the most? What do you see yourself doing in the future?

S:  I may become a businesswoman one day, working in the import/export field. Other than working, I’m in love with nature. I love the mountains; I love the sea. I love discovering new cultures, this always makes me happy. Since the coronavirus, I’ve started reading more books and I enjoyed it that as well. I’ve read a book about Ethiopia, about Oromo people that I particularly liked.

This interview has been edited and condensed for clarity.

Matthieu FORTIN is a contributing writer for the Meeting Herculis EBS.