All the entries for the 2022 edition 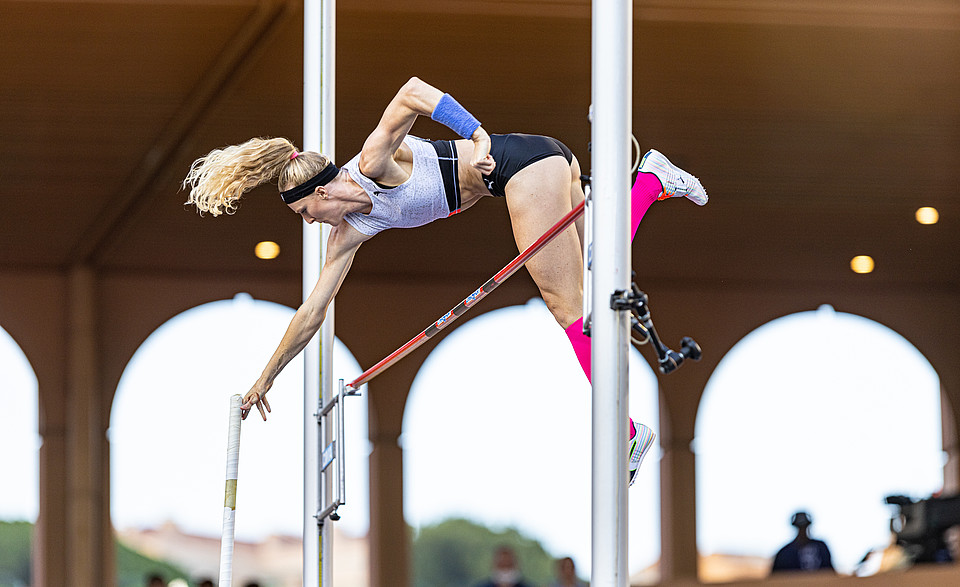 With less than 10 days to go before the start of the competition, check out the entries!

Favorites of the event, Militiadis Tentoglou and Murali Sreeshankar have both jumped 8m36 this season. Both of them will have to be wary of several strong competitors such as Thobias Montler, European indoor vice champion (8m27 this year, PB), Maykel Massó, bronze medalist in Tokyo, or the Americans Marquis Dendy and Steffin McCarter. On the French side, our eyes will be riveted on Jules Pommery, the new French U23 record holder (8m17).

The pole vault competition will have an air of déjà vu, with the venue of the world's best pole vaulters. The favorite and World vice champion Sandi Morris will face Nina Kennedy, third in Eugene (4m80, SB); Katerina Stefanidi, always competitive; Holly Bradshaw (GBR) third in Tokyo and Tina Šutej, third at the indoor World Championships this year. The world finalist and local of the stage, Margot Chevrier (FRA) will participate in her first Wanda Diamond League meeting.

An air of Eugene will blow over the javelin throw event. All eyes will be on Kelsey-Lee Barber, the two-time defending World champion and this season's world leader (66m91). She will compete against the American Kara Winger (64m26) and the Japanese Haruka Kitaguchi (64m32), respectively 2nd and 3rd of the last World Championships. Alongside them will be Barbora Špotáková, World record holder in the discipline (72m26), and holder of the meeting record (69m45).

The top three finishers of the last world championships will be present in Monaco. Mutaz Essa Barshim being the favorite with his 2m37 performance this season. He will compete against Sanghyeok Woo, just behind him with 2m35 and Andriy Protsenko, third in Eugene. Special mention for Gianmarco Tamberi, who is very much supported by his Italian public, always very numerous in front of the high jump area... To be continued!

Sydney McLaughlin is the undisputed queen of the 400m hurdles, the World record she established in the final in Eugene being the proof. She will face her compatriot Britton Wilson, finalist in Eugene, as well as Rushell Clayton and Anna Ryzhykova. The French Camille Séri, training in Nice, will take advantage of this great line-up for a last rehearsal before flying to the European Championships in Munich.

The 1,000m is a distance not often run by professionals, but in Monaco, it truly could become one of the meeting’s highlights. The reigning Olympic and World champion, Emmanuel Korir, will face the Canadian Marco Arop, third in Eugene. Ferguson Rotich, Olympic vice champion in the 800m, and Bryce Hoppel, third at this year's World Indoor Championships, will also be present. This opposition should allow the French Benjamin Robert to improve his personal best (2'19''59, indoor) before the European Championships in Munich.

One of the races not to be missed, with 5 of the finalists of the last World Championships competing. Shelly-Ann Fraser-Pryce, the reigning World champion, will be keen to improve her 10'67 mark, which she has already clocked three times this season. She will be joined by her compatriot Shericka Jackson, runner-up in the world championships. On their sides will be Aleia Hobbs (10'83 this year, PB), Melissa Jefferson, US champion (10'82 this year, PB) and the inexhaustible Marie-Josée Ta Lou, third in Doha (2019).

The Venezuelan Yulimar Rojas, World champion and World record holder (15m74 this winter), is at home in Monaco, where she has already won twice. She will have to watch out for her runners-up from the World Championships: Shanieka Ricketts (14m89 this year), winner last year thanks to the Final 3 rule, and Tori Franklin (14m72 this season). Also present will be Patricia Mamona, Olympic vice champion, Maryna Bekh-Romanchuk, World indoor vice champion (14m54) and Leyanis Perez Hernandez, at the foot of the podium in Oregon.

Faith Kipyegon has a boulevard in front of her to glean a new victory. The reigning World champion is flying over the distance this year with the world’s best performance of the season (3'52''59). She will face the three Ethiopians who ran under 4 minutes this year: Freweyni Hailu, (4th in Eugene), Hirut Meshesha and Axumawit Embaye. France will be represented by Aurore Fleury, back on the track who made her shine last year - the opportunity for her to confront herself with the world’s elite and to strive for a new personal best.

The startlist of the 110m hurdles is dreamy: on the one hand, the double world champion and second-best performer of all time, Grant Holloway and on the other, the Olympic champion of the discipline, the Jamaican Hansle Parchment. Trey Cunningham, World vice champion, and Daniel Roberts, winner of the US selections, will complete the line-up. France will be represented by Pascal Martinot-Lagarde, Sasha Zhoya and Just Kwaou-Mathey, with a high intensity rehearsal before Munich.

At the start of the 3,000m, all eyes will be on Berihu Aregawi, World record holder of the 5km road race. Also on the starting line will be Grant Fisher, winner of the American selections and Jacob Krop, silver medalist in Eugene in the 5,000m. Seeking for an opportunity to work on their speed before Munich, Jimmy Gressier, who has always been successful in Monaco, and Hugo Hay will be representing France.

The 3,000m steeplechase is a sacred event in Monaco, highlighted by the world record in the discipline set in 2018 by Beatrice Chepkoech. This year, Monaco will host a battle between reigning World champion Norah Jeruto and Olympic champion Peruth Chemutai. Also present will be the Ethiopians Werkuha Getachew and Mekides Abebe, second and third at the World Championships.